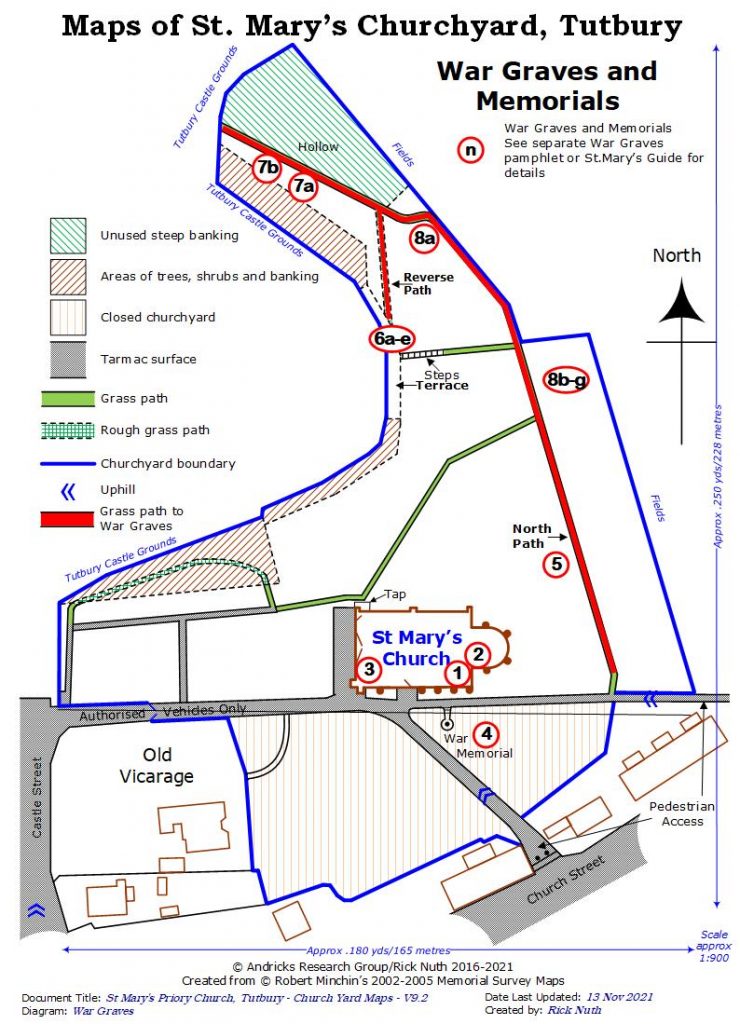 Also believed to be buried in the churchyard are the following Fauld victims, with no known headstone: