This was an experiment (funded by a private donation, erected by 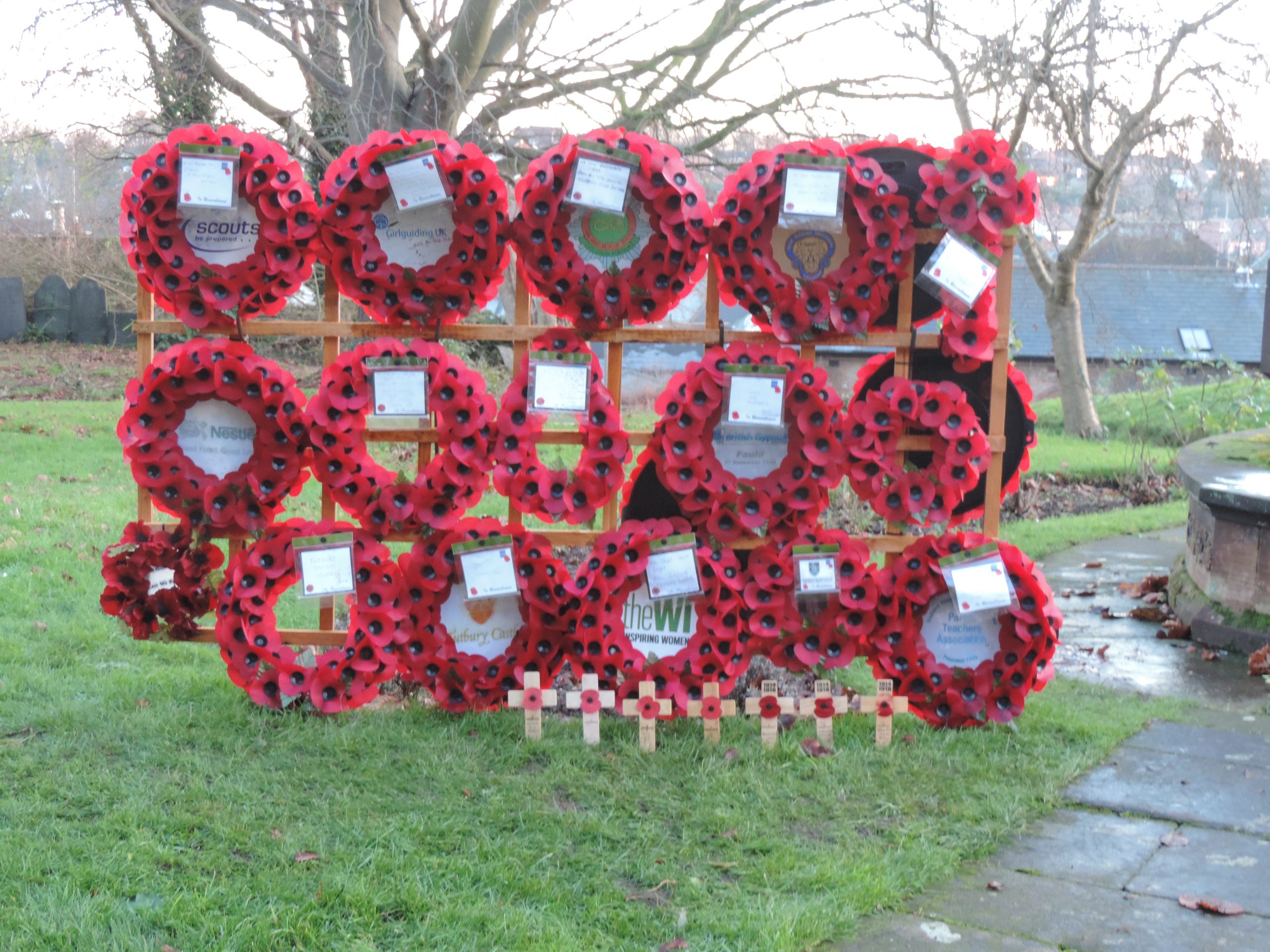 volunteers) to see what works and what does not.  From the lessons we learn, we will improve what we are doing.

Why a Wreath Holder?

St. Mary’s policy is to leave wreaths on display until the beginning of October followed by a month with no wreaths and then the laying of new wreaths on Remembrance Sunday during the parade and service.

The War Memorials Trust recommends that wreaths (or any other object) are not left lying on a memorial for any length of time, as it will cause marking of the stone and in places encourage the growth of lichen and moss.

This is critical for the long-term preservation of the Memorial.

As well as needing to resolve this problem, we have two other problems.  The first is that the wreaths blow away every time there is a moderate wind (we found one wreath that had been under a tree round the back of the church for the last two years!).  The second problem is that wreaths laid flat gather water in the centre, and after a while, the wording become illegible.

The recommended solution to this problem is a Wreath Holder – except that no one sells anything under that name that would do the job.  Many War Memorials have railings around them that wreaths can be attached to – but not at St. Mary’s.  Therefore, we decided to experiment and learn.

We put up a 6′ x 3′ trellis made of 1/2″ square wood, supported on metal spikes and with the wreaths attached by plastic ties.

What we got right:

What we needed to improve:

These were the thoughts immediately after the experiment:

It is hoped that in the summer of 2015 the War Memorial preservation work will be completed.  Part of this project will be a redesign of the paving around the Memorial and the garden to improve access.

This redesign could include two smaller 6′ x 2′diamond trellis panels built of flat wood (raised above the grass (about 6″).  The panels will be placed on either side of the Memorial but to the rear to minimise visual impact.

This should provide enough surface area for all the wreaths to be mounted on the front and they should be able to be attached more easily.

Alternatively, if we could raise the funds, we could have two panels made of wrought iron, either “off the peg” or designed locally, which would look more in keeping with the Memorial. 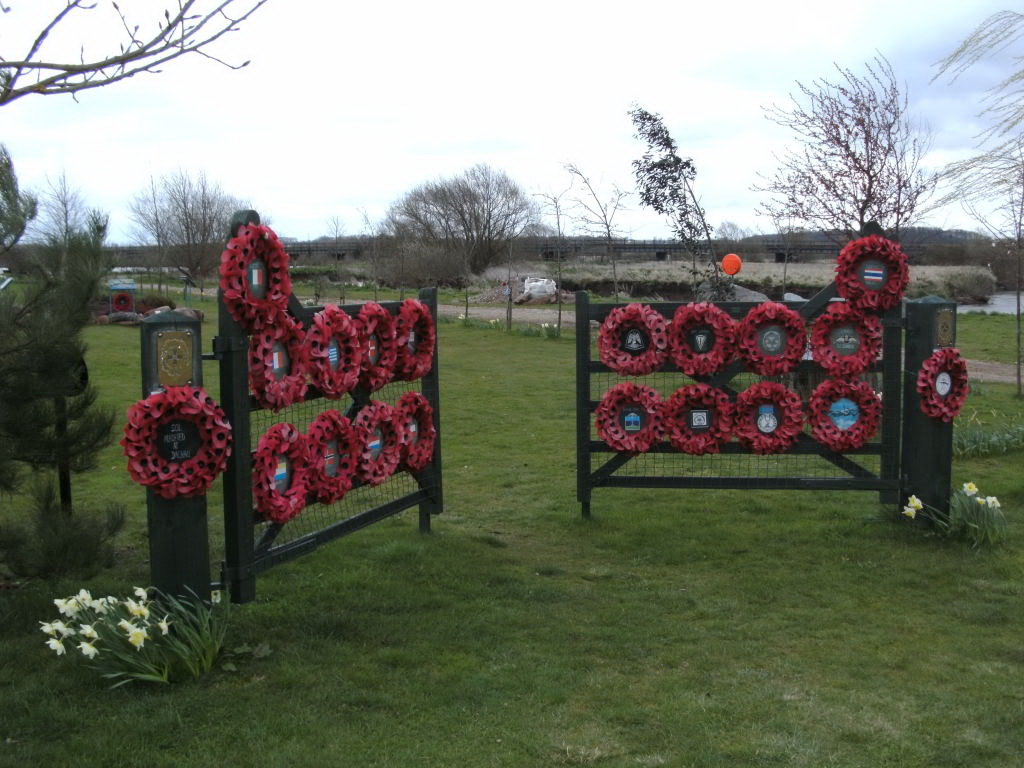 The Special Forces Memorial at the National Memorial Arboretum has a pair of gates that serve a similar purpose (photo ref: 20100405 0105 thanks to Brian) including having a wire mesh that provides tie on points although they are much larger than anything we would need.  Click on the picture for a larger image.

If you have any questions or suggestions, or are willing to make a donation to the cost of the new improved wreath holders, please email wreath-holder@twmpc.org.uk