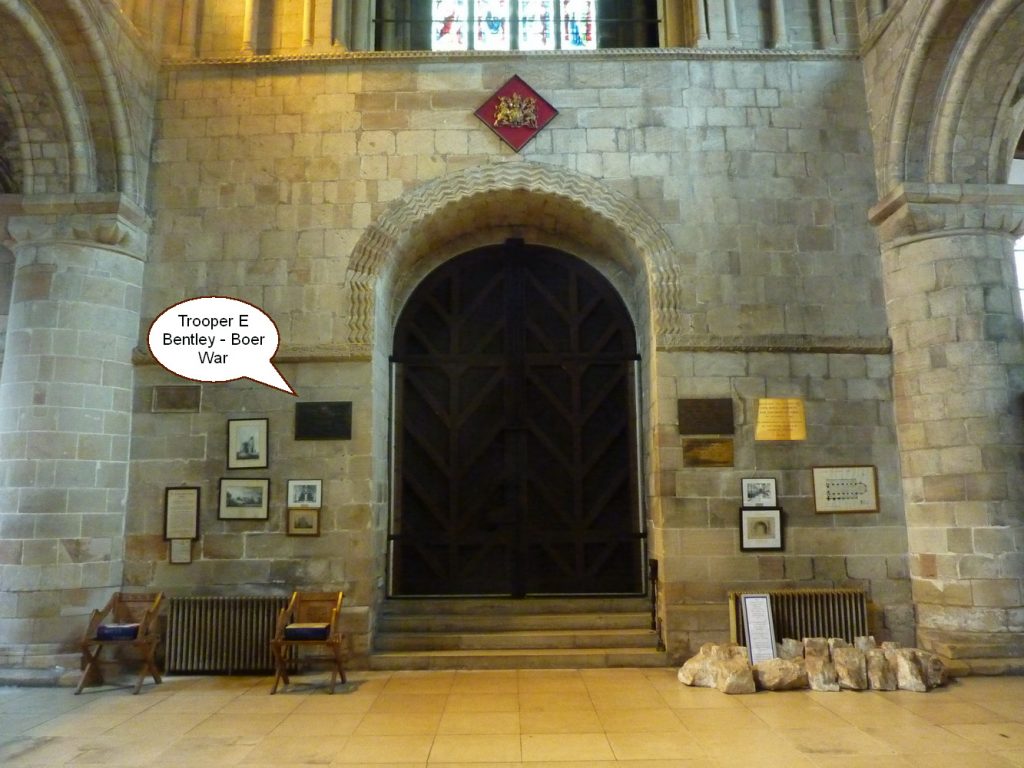 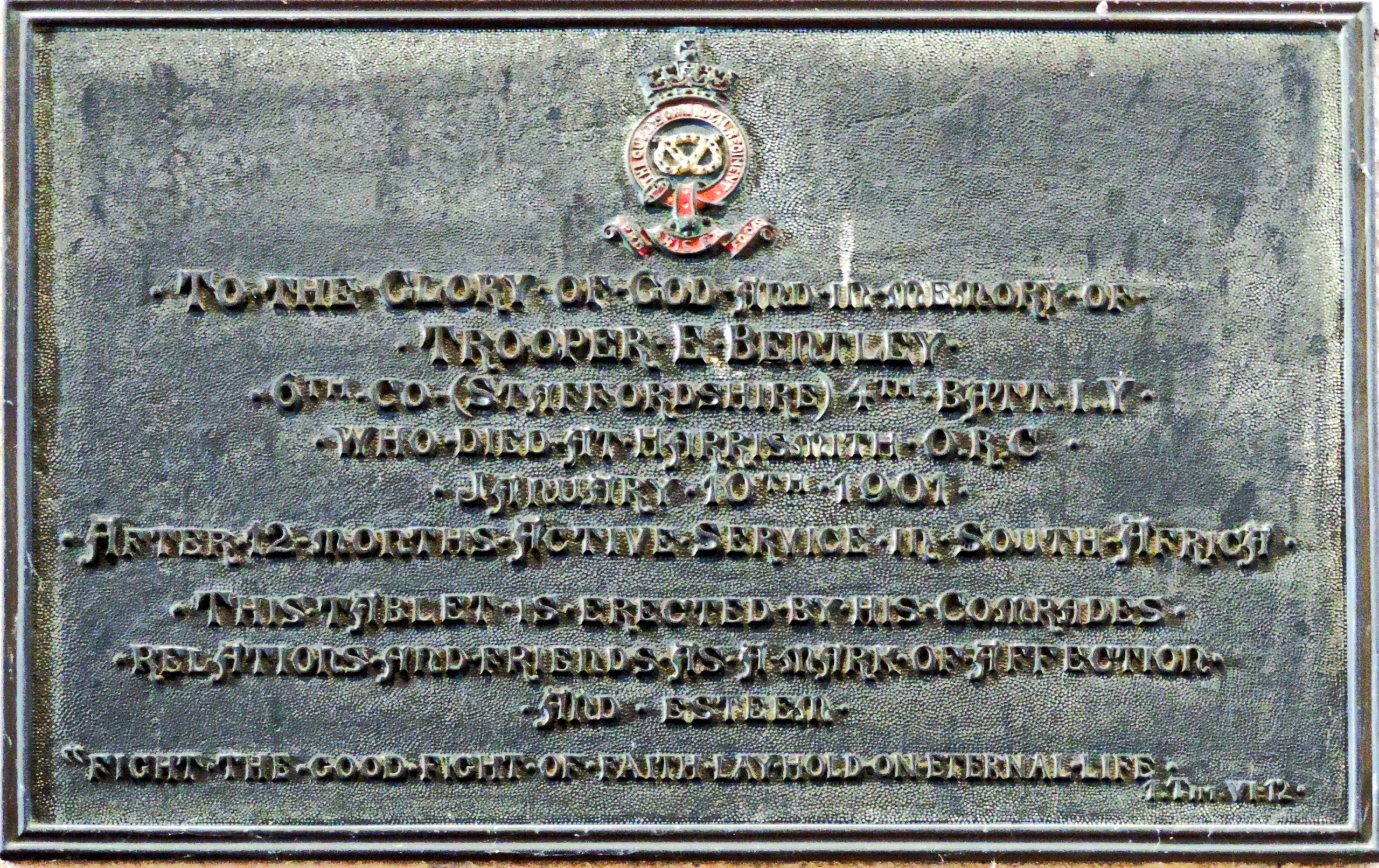 Photographing the inside St. Mary’s Priory Church, Tutbury, to get pictures for the upcoming Church website, we discovered on reviewing the pictures that one of the plaques on the west wall was for a Trooper E Bentley who died in 1901.

The top of the plaque has a badge with the Staffordshire Knot and the wording “The Queen’s Own Royal Regiment”, with an unreadable motto below the badge (better photo required) – it is probably the official motto which is ‘Pro Aris et Focis’ – ‘For our Hearts and Homes’.

The wording on the plaque is as follows:

To the Glory of God and in memory of
Trooper E Bentley
6th Co (Staffordshire) 4th Batt.I.Y.
Who died at Harrismith O.R.C.
January 10th 1901
After 12 Months Active Service in South Africa
This tablet is erected by his Comrades
relations and friends as a mark of affection
and esteem
“Fight the good fight of faith lay hold on eternal life”
1 Tim VI:12

At the time of the Boer War the Staffordshire Yeomanry was known as the Queen’s Own Royal Regiment, Staffordshire Imperial Yeomanry.

O.R.C. was the Orange River Colony created when the British first occupied in 1900, and then annexed in 1902, the independent Orange Free State in the Second Boer War. The colony ceased to exist in 1910, when it was absorbed into the Union of South Africa as the Orange Free State Province {courtesy Wikipedia}.

We need to identify Trooper E Bentley (initial research finds no near connection to the Bentley killed in WWI) – anyone with information please contact us.

We also need to find what metal the plaque is made of and how it should be cleaned.