In the Lady Chapel at St. Mary’s, Priory Church there is a Marble Tablet to the Fallen of WWI.  It has three major differences in content to the Stone Cross War Memorial in that it includes rank, includes regiment and there is an extra name.  Click on the picture for a larger image.

The extra name is W. Harry Walker who emigrated to Canada prior to WWI, joined the 16th Battalion (Canadian Scottish) as part of the CEF (Canadian Expeditionary Force), became a PoW, eventually returned to Canada and died in Winnipeg, Manitoba on 28th June 1923.  His name was added to this memorial after it was originally carved – this is evidenced by fact that everywhere else on the tablet, there is a gap between regiments and there would have been a gap originally between Abraham Farmer (Canadian Machine Gun Corps. but listed a Canadian Infantry) and Eric Dunicliffe, RND (Royal Naval Division).

We do not know what caused Harry Walker’s death but it would be fair to surmise that the people of Tutbury thought that the war was a major contributing factor to his early death (he was 45).  It is known that he was hospitalised in 1914 during training on Salisbury plain with pneumonia – his time as a PoW may well have exacerbated his condition.  For more information on Harry Walker see his entry in the Tutbury Book of Remembrance. 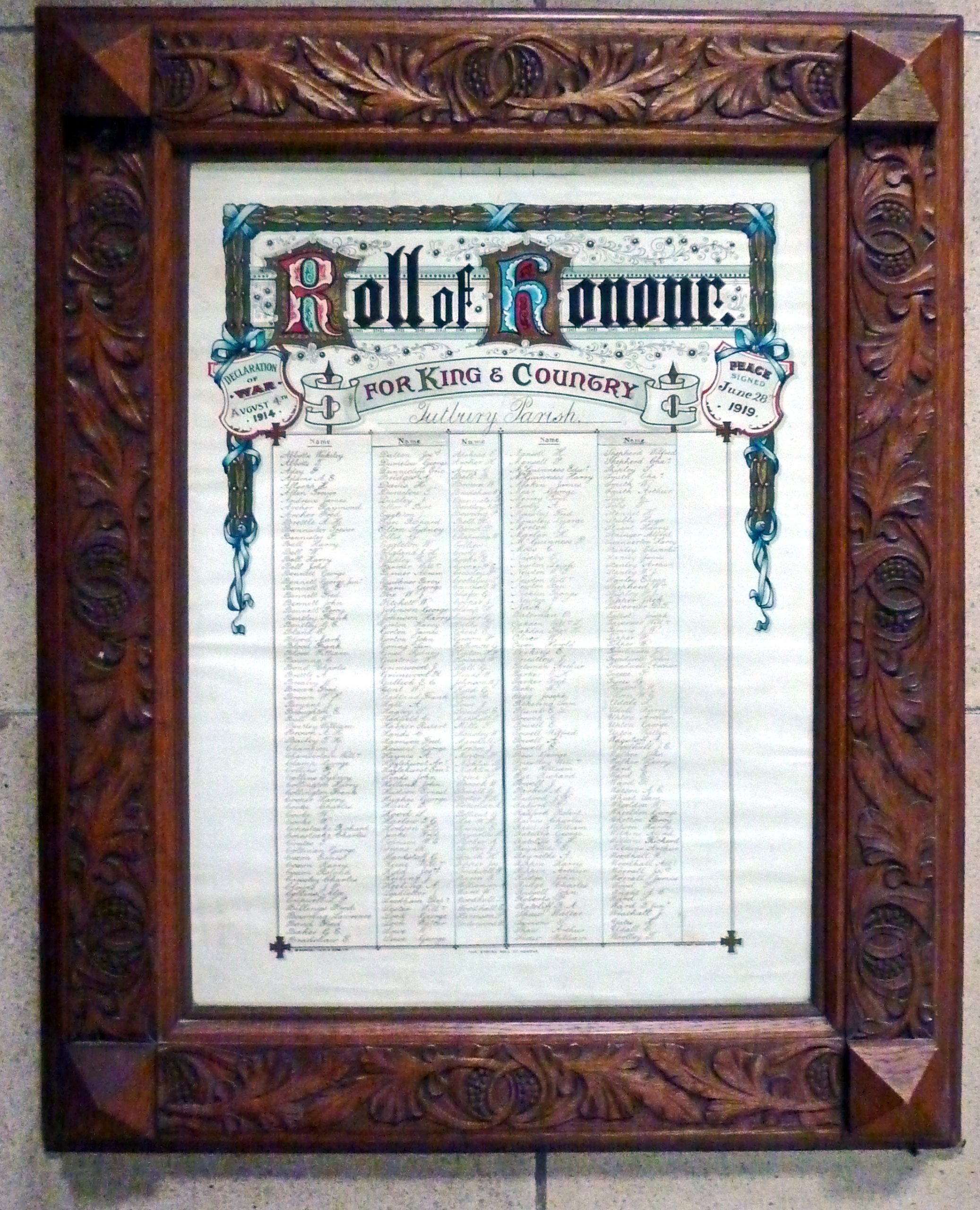 Also in the Lady Chapel is the Roll of Honour for WWI, a glass and wood framed document at the foot of the wall.  Given the probable age of this document its checking and conservation must be priority items.